Cinematographer, camera technician, Director of Photography – three terms for the one person who with her »camera I/eye« fixes a moment, a scene for eternity on the screen.
For more than twenty years the Internationales Frauen* Film Fest Dortmund+Köln presents an award for the director of photography – a unique award world-wide. For working with a camera and with light is not just an image recording routine but an active co-design process which demands interaction with the other jobs of set design, costume, make-up and location management. Even the actual decision as to specific film material, the use of filters or a special digital technique not only influence the final look of a film, it also contributes to the meaning of the image. Shot size, framing, camera position and camera movement all make up the narrative of the film. It is in this way that, following consultation between the Director of Photography and the film director, the image itself can take on a narrative instance of its own right.
The National Director of Photography Award was founded in 2001 in Dortmund and has moved to Cologne in 2012. The Internationales Frauen* Film Fest Dortmund+Köln has always sought close relations with the film academies of NRW; when the DoP department in Dortmund closed the training shifted to Cologne to the ifs – internationale filmschule köln, and KHM – Kunsthochschule für Medien.
The National Director of Photography Award is endowed with prize money of € 5,000 – 2.500 € respectively in the categories feature film and documentary. It is presented by a jury of international DoPs biannually in Cologne.

We accept films of all lengths and genres (diploma films and films of the first two years after completion of studies) made by women Directors of Photography who live and work in Germany respectively finished their studies in Germany.

Conny Beißler studied film and cinematography at Dortmund University of Applied Sciences and Arts. After graduating she began training young artists, and since 2009 has taught cinematography and lighting at various universities in Germany and internationally. She produces documentary and stage projects, music videos as well as web and online formats. Since 2013 she has worked at IFFF Dortmund+Köln in various capacities. 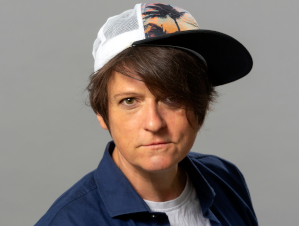 Nicole Rebmann studied social pedagogy at Cologne University of Applied Sciences, Comparative Social Sciences at Maastricht University of Applied Sciences and at the University of North London, and did further studies in cultural management in Cologne which led her to work at film festivals. She worked with the Feminale from 2006 in various organisational and programming capacities, areas she also works in for Internationales Frauen* Film Fest Dortmund+Köln (Focus and Panorama sections). Alongside her work as a curator and as a programme and audience coordinator for various film festivals, she is the office manager of WDR AKTIV. 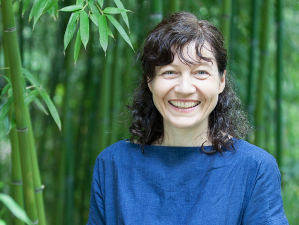 »We (still) do not have social equality. We can’t wait for things to change on their own. I want to be able to show films about everything – films made by women. Women who a take critical stance but never lose enthusiasm for their fantastic content.«

Isabelle Casez was born into an artist family in the Burgundy region of France, and she developed an interest in photography and cinema at an early age. After her cinematography studies at the Ecole nationale supérieure Louis-Lumière in Paris, she worked as an assistant for a number of well-known cinematographers. Involvement in various international productions brought her to Berlin, where she continued to work as a director of photography on both documentaries and fiction films. Since then, she has taught at the German Film and Television Academy Berlin (DFFB) and the HFF Munich. Casez is a member of the German Film Academy.

Birgit Guðjónsdóttir was born in Reykjavík in 1962. She completed an apprenticeship at the Höhere Graphische Bundes-Lehr- und Versuchsanstalt in Vienna. A traineeship and work with a camera rental company brought her to film. She has since made a name for herself as a cinematographer with countless television and cinema films and in the area of documentaries. She lectures at the Filmakademie Baden-Württemberg, the DFFB Berlin and the Film University Babelsberg KONRAD WOLF. She lives and works in Berlin. In 2018, she received the honorary German Camera Award as well as the Schauspielpreis’ Special Commitment Award »Starker Einsatz«.

Sabine Panossian is a graduate of the Film University Babelsberg KONRAD WOLF. Her short film Where the Woods End won the Student Academy Award in silver in 2016. For her graduation film #Off Season# she received the Michael Ballhaus Prize in the FIRST STEPS Awards and the Director of Photography Award in the National Competition for Women Directors of Photography at IFFF Dortmund+Köln in 2020. Her latest feature film Echo celebrates its world premiere at the 2022 Berlinale, which has also been selected »Perspektive Match« by the Perspektive Deutsches Kino section. In 2022, she is also represented in the Berlinale Talents programme.

Cinematography Workshop Discussion with Christine A. Maier and Sophie Maintigneux

»As a young woman, finding a male mentor who can open up new avenues to you is still easy. But […]

Statement of the Jury (Isabelle Casez, Birgit Guðjonsdottir, Sabine Panossian) »Fence is an experimental short feature film that explores our […]

Statement of the Jury (Isabelle Casez, Birgit Guðjonsdottir, Sabine Panossian) »We were impressed with the successful collaboration between director and […]

The Other Side of the River

Special Mention Statement of the Jury (Isabelle Casez, Birgit Guðjonsdottir, Sabine Panossian) »›I have lived without a man for 20 […]