The film series »Was wir filmten« (»What we were filming«) shows documentaries, current film productions and artistic short films from an East German perspective by women directors from three generations. The series challenges popular narratives about the German reunification and examines them critically. We present films which highlight places, emotions and experiences that have been neglected in the public debate but receive a new awareness now, not least thanks to a young generation. The screenings give space to different perspectives on the unification process and the post-reunification period and introduce new perspectives and narratives. After the film screenings we invite you to participate in talks and discussions with the directors and other guests.

Black History Month was established in February 1926 by African-American historian Carter Godwin Woodson. Since then Black History Month has been celebrated world-wide each year. As a Black History Month is long overdue in Dortmund four major institutions (Internationales Frauen* Film Fest Dortmund+Köln, the Dietrich-Keuning-Haus, the Dortmunder Kunstverein and Schauspiel Dortmund at Dortmund Theatre) have teamed up in 2021 to launch the year-long event series Dortmund goes Black. The aim is to give Black artists from the area visibility throughout the year.

One of the main DgB events of IFFF Dortmund+Köln was a research presentation on Afro-german singer-songwriter and peace activist Fasia Jansen. Together with Interkultur Ruhr, IFFF Dortmund+Köln had initiated their first artistic research residency in 2020/2021. After months of research in the Ruhr area the researchers Marny Garcia Mommertz and Princela Biyaa presented their findings during the festival in June 2021. The impressive presentation included new research on Jansen based on archival material and interviews with experts such as the US-American academic Tina Campt and Ms. Vivian Seton, Fasia Jansens niece (available on our Vimeo channel). Fayo Said (Association for Black Art_ists e. V., ASBA) led the discussion.

A video presentation with works by visual artist Adeola Olagunju and a discussion event with ASBA will follow.

With its international reach the IFFF Dortmund+Köln does not ignore its local roots. As member of the Netzwerk Filmkultur NRW (Film Culture Network of North Rhine Westphalia), an organisation with over 15 members, the festival is deeply invested in the regional film scene. Film workshops, festivals and funding institutions – the expansive network is a door opener to a divers and high-standard film culture that is discursive, hands-on and artistic and plays an important role in the cultural scene of the region.

IFFF Dortmund+Köln is a member of KinoAktiv, a network organisation of the film scene of Cologne, one of Germany’s biggest media hubs. The group consists of cinema owners, festivals and filmmakers* collectives. KinoAktiv organises the Kölner Kino Nächte. It is central in shaping the cultural landscpape of Cologne and also supports and helps build cultural film institutions, such as the Filmforum im Museum Ludwig.

Since 2009, the IFFF Dortmund+Köln has taken part in the event known as Kölner Kino Nächte or Cologne Cinema Nights. It is similar in concept to the »Long Nights« of museums, music or theatre, with the Cologne film scene here aiming to present over the course of one weekend the whole range and possibilities of cinema in concentrated form.
The programme is truly versatile: previews, premiers, shorts, children’s cinema, highlights of the past season, retrospectives and classics as well as discussions with the directors of specific films. In short, a good chance to (re)discover films new or old an finally get to see what you may have missed the previous season. 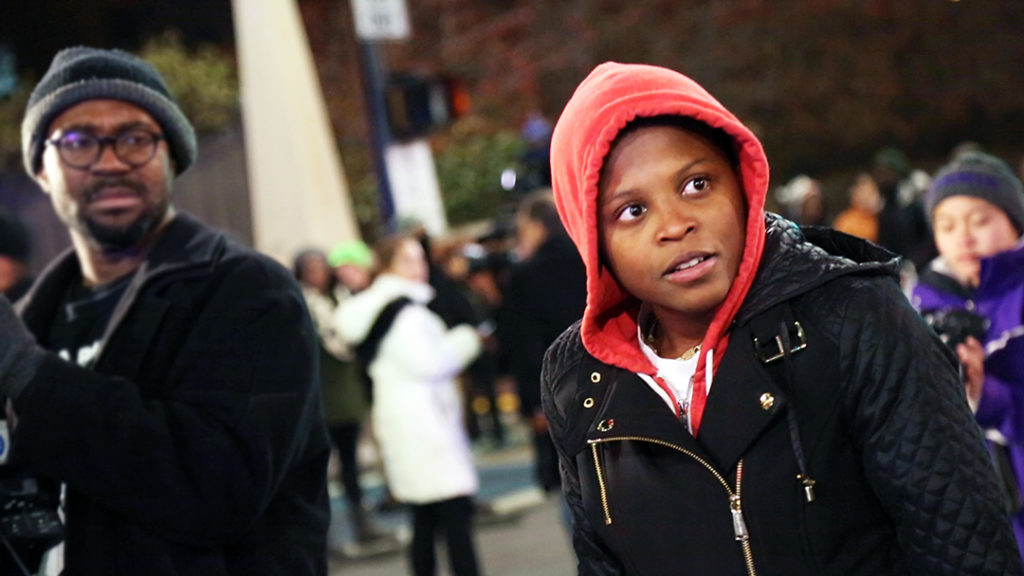 As part of IFFF Dortmund+Köln 2012, representatives of women’s film festivals in Brussels, London, New York, Munich, Hamburg, Rio de Janeiro, Santiago de Chile and Assen in the Netherlands met with women film-makers, distributors and other networkers to discuss the work of women in the film industry.
One outcome of the meeting was the agreement to establish an international network of women’s film festivals, which has been online since August 2012.

The Internationales Frauen* Film Fest Network compiles a database of women’s film festivals and regards itself as a forum for the exchange of knowledge and expertise and for its members.

During the coronavirus pandemic, this network, led by IFFF Dortmund+Köln, produced the global video of different international women’s filmfestivals: Why are Women Film Festivals important now

Together with the initiatives and festivals located under the same roof and soon-to-be partners, Filmhaus Kino has organised a series […]

In collaboration with the 8th edition of Djelem Djelem, a cultural festival of the Roma community in Dortmund, we present […]

New collaborations and upcoming dates will be announced here.

As the name suggests, the World Views series offers a broad selection of films from many different countries and cultures. The themes of the series are openness, understanding, tolerance and forms of dialogue that embrace diversity.

The ifs internationale filmschule köln and IFFF Dortmund+Köln have joined forces, tapping their synergies to raise awareness of the work of women directors in the cultural sector and at film schools.

Art on the MOve

Art on the MOve is a collaboration between Museum Ostwall and IFFF Dortmund+Köln. Based on the current collection presentation »Body & Soul« we draw on artworks and films to stimulate discussions on topics like age, body optimisation, black self-empowerment or gender.

Since 2013, IFFF Dortmund+Köln has organised panel discussions and network meetings at the Berlinale in Berlin.

IFFF Dortmund+Köln collaborates with various different partners and institutions right throughout the year.

IFFF Dortmund+Köln sees cinema and film in a broader context. Artistic residencies, book publications and art workshops are among the festival’s regular projects happening right throughout the year.