Don’t be afraid of grumpy women*

»LET’S DO SOMETHING THAT WE’RE SCARED OF, THAT’S DISTURBING, SOMETHING WE’VE NEVER DONE BEFORE. LET’S TAKE RISKS.« SHANNON MURPHY

Mariam advises her husband to turn around and disappear again – she’s better off without him, she says. Milla, 15 and a cancer patient, wants to enjoy life to the full until she draws her dying breath, with no regard to the shocked people around her. Ying-juan puts up her entire body weight to resist the glorious promises of the neoliberal body normativity. Elpida uses the hormones unleashed by menopause to find a way out of her narrow-gauge life. Katja throws people that annoy her on the mat or out of the window. The protagonists of our competition selection this year are hungry for knowledge, ambitious, witty, grumpy, sensual, unhappy, stubborn, angry, fat, strong and loud. Are they also nice? Not so much.

Around 130 international productions made it onto the competition’s longlist. Regardless of the films’ origins, many of the rising stars who directed them (and that is not to say they are all young, with some having produced their directorial debuts way over the age of 30) have chosen to focus on toxic masculinity. Even more of them have spotlighted protagonists who have to travel a rocky road before they can understand who they are, what they want and how to live free. Their endeavours are certainly not always crowned with success, but the Geena Davis adage »If she can see it, she can be it« is true for so much more than just one’s choice of profession. The variety of decisions, lifestyles, looks, physiques and characters in these films is great fun and opens up a generous space to breathe and think.
Stefanie Görtz 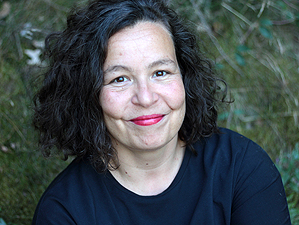 »Films that impress me; artists who are extremely inspiring; colleagues who are great to work with – and the opportunity to continue to work away on one of life’s central socio-political isues, gender equality, that’s what Frauen* Film Fest Dortmund+Köln represents for me. And a whole lot more.«

Sonja Hofmann has a degree in regional studies for Latin America. She is programme curator for the competition sections of Internationales Frauen* Film Fest Dortmund+Köln as well as curator and host for various other film festivals. In May 2019 she became managing director of Filmbüro Nordrhein-Westfalen, the association for independent film in NRW. 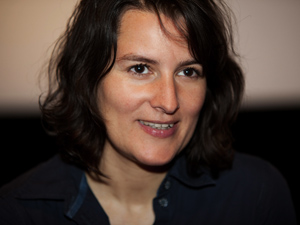 »Films by female directors remain under-represented in competitions at major film festivals, especially feature films. At IFFF Dortmund+Köln, we show how to turn this around.«

After leaving school, Claudia Steffen went straight from her native Rostock to Berlin, joined Gemini Films in Cologne in 1994 and then specialised in international coproduction management. In 1998 she moved to Cologne production firm Pandora Film, became partner in 2005 and took over as managing director in 2012. Steffen produces feature films in cooperation with directors from all over the world. On her list of achievements spanning over 40 works are Gundermann (director: Andreas Dresen), High Life (director: Claire Denis), Layla Fourie (director: Pia Marais), and In My Room (director: Ulrich Köhler). Steffen considers herself, in film terms, an »enabler«. She regularly teaches seminars on film (co)production and is a member of ACE (Ateliers du Cinéma Européen) and the German Film Academy.

A native of Jena, Germany, Luise Wolfram first appeared on screen aged 7 in Helke Misselwitz’s film Engelchen. She trained at the University of Performing Arts Ernst Busch in Berlin and was an ensemble member of Berlin’s Schaubühne theatre until 2015. Wolfram has worked with several directors including Michael Thalheimer, Jossi Weiler, and Katie Mitchell, in whose internationally successful production of Miss Julie she played the leading role and was rewarded in Moscow with the Golden Mask theatre award. Among her recent cinema and TV appearances are Matilda as the last Russian Empress, Schubert in Love, Aenne Burda –Die Wirtschaftswunderfrau, Charité and Devotion. In 2020, Wolfram will reappear as forensics expert Linda Selb in the Bremen edition of German crime series Tatort.

María Paula Lorgia is a researcher and curator of film and media arts and holds a master’s degree in media studies from the New School University in New York City. She currently serves as the head programmer of the Cinematheque of Bogotá, the main public institution for cinema in Colombia. For the past six years she has also been coordinating Ciclo Rosa, the oldest Colombian LGBTIQ film festival.

To outsiders, they appear to be a well-off, bourgeois-liberal family. Henry is a psychiatrist, his wife Anna a laid-back creative […]

After 17-year-old Cleo survives the devastating car crash that killed both her parents, she succumbs to post-traumatic stress disorder. She […]

»In cinema, we do not see different types of bodies, especially for women we only see slim, with perfect bodies, […]

Zhanash, a small village in the Kazakh steppe, 400 km from the capital Almaty and three kilometres from the nearest […]

A film about a time when conquering the world seems entirely possible. Five adolescents growing up somewhere in provincial Germany, […]

The Fever addresses the dramatic changes to the habitat in Brazil’s Amazon basin. 45-year-old Justino (Regis Myrupu), a member of […]