Films for Kids and Young Adults

»BUT I KNOW THAT THERE ARE PEOPLE WHO DO WANT US HERE. AND I HOPE THAT ALL OF YOU DO. BECAUSE I
EXIST, I EXIST, I EXIST. I LOVE YOU!«
BINTI IN ›BINTI‹

For this year’s programme for children and young adults, we have selected films that are both age-appropriate and bold, films that examine current issues such as climate change, species extinction, escape and migration and social media as well as general and recurrent themes such as friendship, love, being different, but also dealing with grief and death.

Fritzi – A Revolutionary Tale addresses this year’s thematic focus After the Reunification – Germany 1990|2020. Probably for the first time in their lives, children in the audience are introduced in a playful way to the history of divided Germany.

An inclusive short film programme for primary schools invites children from special needs schools for the deaf and hard of hearing to take part in a shared cinema experience. Films and subsequent discussions will be interpreted live at the cinema by a sign language interpreter.

Do you speak film?, a programme of silent shorts, has been selected by young refugees and is aimed at international school classes in Dortmund, Cologne and the region. The Q&A session will be conducted by the young curators in various languages.

Last but not least, a crowning conclusion. The ECFA Short Film Award will be presented for the first time. We are very much looking forward to the international jury’s selection and are eager to learn about the winning film!

All children, young adults and their teachers are invited to attend the event!

After packing her diary with dance tournament appearances in Germany and abroad in her youth, Lisa ditched the disco dance glitter and devoted herself 100% to film. She racked up practical experience during her international master’s degree in film and audiovisual media at Ruhr University Bochum working for cinemas and film festivals in the Ruhr region. After two stints abroad as a student, in France (Université Lille III) and Belgium (Université de Liège), she was a transcriber for the Duisburger Filmwoche documentary festival and took charge of organisation for the doxs! dokumentarfilme für kinder und jugendliche festival for children and young people. Since 2016 she has been responsible for the Films for Kids and Young Adults programme for Internationales Frauen* Film Fest Dortmund+Köln, where she highlights current cinematic works for our youngest audience. 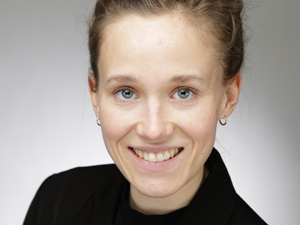 »Strong girl and woman characters are permanent fixtures on screen in our Film Programme for Kids and Young Adults. What I like most about my work is giving children and young people the opportunity to venture into both new and old worlds, to experience stories they’ve never encountered before as well as familiar ones, and to discuss ideas with each other and with film-makers about the stories.«

»It tears your head apart«: Three young people talk about losing a loved one. How enormously painful it is to […]

»I like strong characters, as long as they are not too perfect. Binti is the heroine, but she is also […]

Made in the »fishes« group of the FABIDO nursery school Kuithanstraße Dortmund.

A lonely bird tries to find true love in a dark forest. Will he find it?

The Last Day of Autumn

Winter’s on its way, and the animals of the forest are organising one last race to say goodbye to autumn.

Just as a Navajo god is about to fill the sky with stars, a cunning coyote comes along and makes […]

Yulia and Juliet are serving sentences in the same juvenile detention centre. They chat secretly through air vents and hide […]

The little zebra Zibilla has been adopted by horse parents. When the family moves to a new home and little […]