Glory to the Queen

From 1962 to 1991, one country alone provided the winner of the women’s world chess championship every single year: Georgia. Nona Gaprindashvili was the first winner of the world chess championship in 1962, landing the title that Georgia kept hold of right throughout the Soviet Union era. Then, in 1978, she lost to seventeen-year-old compatriot, Maia Chiburdanidze. Until the Soviet Union came to an end in 1991, she defended her world title against Soviet and American opponents, and also against her fellow countrywomen Nana Alexandria and Nana Ioseliani. At the prestigious Dortmund chess tournament in 1983, Chiburdanidze defeated England’s Nigel Short. But this film consciously omits any comparison with big-name male chess stars – especially Bobby Fischer, whose record Alexandria broke by winning 13 tournament games in a row. The director strives to dispel certain stereotypes, including comparing the performance of women and men as well as the image of Georgia (and the Soviet Union) as a backward country created during the Cold War – but also the image of the woman as a domestic subject. Particularly effective are the image-and-sound montages, where the director uses a lot of humour in deconstructing historical propaganda films and their portrayal of the women chess champions as caring wives and flower girls. Prevalent in the film are the four protagonists’ sparkling wit and sharp directness, also partly a product of the socialist image of women of this generation. Just how much this image has changed since the 1990s is shown by interviews with young female chess players. They stress how important the game of chess, introduced in the Middle Ages via Persia, has been and still is in Georgia.

Awards for ›Glory to the Queen‹ 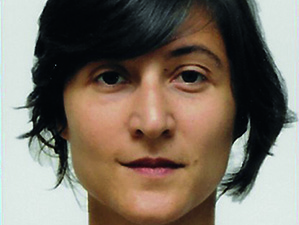 Tatia Skhirtladze is a photography and video artist from Vienna, born 1976 in Georgia. She studied education in Tbilisi, art and education at the University of Applied Arts in Vienna, and attained a master’s degree in 2008 from the ArtEZ University of the Arts in Enschede. Since 2011 Skhirtladze has been teaching at the University of Applied Arts Vienna. In 2017 Skhirtladze developed a 4-channel video installation on the subject of Georgian women chess champions for the Berlin exhibition Pop-Up Chess Palace, before completing her first feature-length documentary film Glory to the Queen.