»For whom are we doing this?«
The activist in WTC A Love Story

In the 1970s, more than 10,000 people in the north part of Brussels were expropriated to make way for a gigantic construction project: Little Manhattan. But the project failed, leaving behind a largely abandoned area hosting run-down social buildings, transmigrants and prostitution. Around 50 years later, a team led by the owner of the central WTC Towers is trying to revitalise the area. They hope to attract a new clientèle with hip apartments, green roof terraces and uniquely styled offices. Fearful that history could repeat itself, the two film-makers enter the debate with an artistic project: they invite everyone involved in the building project to a kind of re-enactment, with actors taking on their roles and engaging in fictional dialogue with each other.

Through a blend of fiction and documentary, the individual voices of the involved and affected parties and the power relations between them are brought to light: the site supervisor who answers to the private owner and the architect, the politician juggling economic and social interests, the social workers anxious about their clients who will have no place in the proposed building project. Taking this specific case as a starting point, the film poses some profound questions: Can there be such a thing as positive gentrification? How can conflicts of interest be managed? What does it mean when diversity and sustainability are incorporated by capitalism? And lastly, what could the city of the future actually look like? 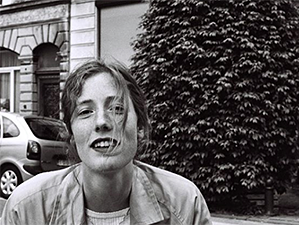 Lietje Bauwens, born 1990, studied philosophy at the University of Amsterdam. She writes for various different cultural platforms and was artist in residence at the Jan van Eyck Academy in Maastricht.
Under the name »431«, Bauwens and De Raeve instigate multidisciplinary projects in the field of spatial interventions, text, performance and film. 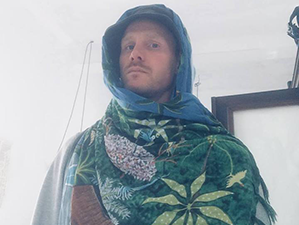 Wouter De Raeve, born 1982, studied landscape architecture and visual arts and has produced several lecture series, publications and installations on these subjects.
Under the name »431«, Bauwens and De Raeve instigate multidisciplinary projects in the field of spatial interventions, text, performance and film.