In early 2020, three film-makers travelled throughout Italy to ask young people between the ages of 15 and 20 about their hopes and dreams for their future. The mode of a collective working behind the camera is mirrored in front of it too. The young people contemplate the questions in groups, sometimes shyly, sometimes self-confidently, but always with astonishing openness and vulnerability.

The collective concept appears crucial in this project, which asks whether the future will pan out successfully. As much as the film’s interviews are about self-realisation and individualisation, the young subjects are never filmed alone or bare of their context. This leads to the questions moving onto issues of social justice, of people’s different levels of access to education and culture. Aware of their respective social backgrounds, many of the youngsters orient along the routes taken by their parents, and only a handful dare to dream beyond that. On one point, however, all of them, whatever their social background, are unanimous: Italy doesn’t hold a future for them. They think the country has become too depleted and isn’t interested enough in the young people growing up there. Ending on what seems a dark note, the film shows archive footage of the G8 summit in Genoa in 2001, when police stormed schools and dozens of young people were seriously injured.

A film about beauty and vulnerability of youth that culminates in the question of what kind of future a country can have that fears the energy and creativity of the young instead of supporting them in it by any means possible. 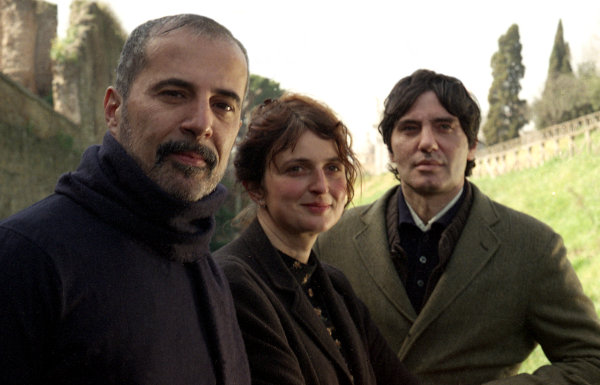 Alice Rohrwacher studied literature and philosophy in Turin before starting to make her own films. Her feature film debut Corpo celeste premiered in Cannes in 2011, winning her the Best Young Director award. Her upcoming films have also screened at festivals worldwide.

Francesco Munzi first studied political science before moving on to film at the Centro Sperimentale di Cinematografia in Rome. His debut film Saimir won him the 2004 Nastri d’argento award in Venice, where in 2014 he also won the Golden Lion for his drama Anime nere.