Home Fest 2022 Timetable All About My Sisters

All About My Sisters

»Why are you filming?« Jin asks her sister Qiong, who’s holding the camera. »To know what you went through as a kid.« Qiong had grown up with their biological parents in the city, while Jin had been abandoned, and was then brought up by her uncle in the country. Qiong tries to bridge the gap between the family members, but her efforts are frequently met with derogatory comments or silent tears.

China’s previous one-child policy meant that Jin was one of the countless newborn baby girls aborted or abandoned by their parents in the hope of still having a son. Jin’s mother narrowly escaped forced sterilisation, and suffered several abortions in addition to giving birth to her four children. Her daughters experience the after-effects of this traumatic time very differently. Elder sister Li smiles when defending her husband – who threatens to commit adultery if their second child doesn’t turn out to be a son. Jin though battles with ambivalent feelings, and the rejection she suffered at the hands of her parents complicates her relationship with her own baby too. The notion of violated female bodies permeates the film and seems to be transmitted from one generation to the next. »Can’t we change this?« asks Qiong. And with this, her debut film, she is possibly starting to do just that. Through an open style of questions and counter-questions, restraint and positioning, this intimate three-hour-long portrait of a fissured family unfolds, tackling the big political traumas in its microcosmic setting. 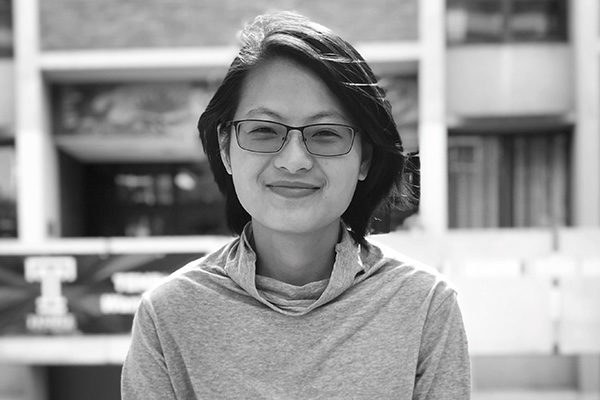 Chinese documentary film-maker and photographer Wang Qiong grew up in Ji’an and currently lives in Philadelphia, where she’s doing her Master of Fine Arts in Film at Temple University. There, in 2021, she was nominated for the prestigious Princess Grace Award. Qiong’s work is mainly concerned with social injustice and seeks to give a voice to people who would otherwise remain unheard. Her debut feature film All About My Sisters, for which she spent seven years filming and interviewing her own family, has screened at festivals worldwide. She is currently working on her second and third feature-length documentaries, Island and The Last Nail.

For Your Peace of Mind, Make Your Own Museum