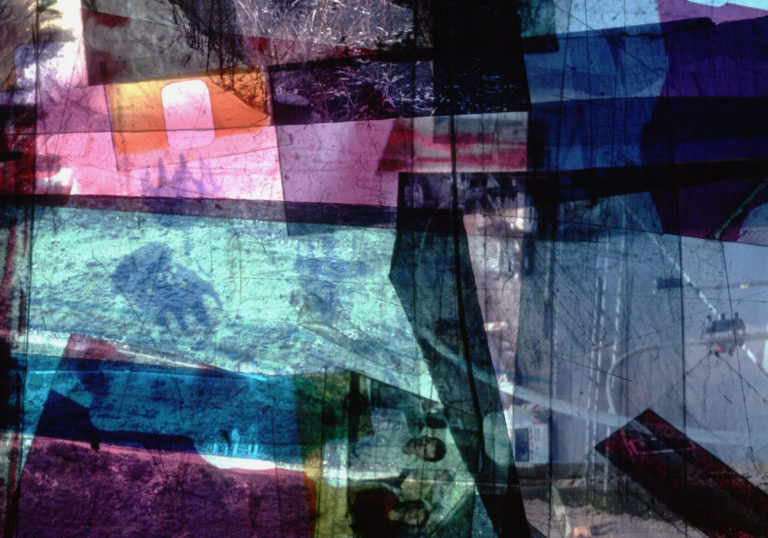 I can still remember being at the grand Open Air Filmfest of Weiterstadt, in the 1980s still purely a Super 8 festival, and I was sweltering in the summer heat and then in the evenings going to see Die Geschichte der heiligen Veronika (The Story of Saint Veronika). It was just a jawdropping experience – so much amazingly fresh, mean punk, so much dressing up and Elvis and Jesus and fun in the Bavarian hinterland. Wow! I unearthed this film and many more, brushed them up, sometimes had them digitalized extra fast because the originals, at least twenty to thirty years old, were about to fall apart. Der weiße Prinz (The White Prince), that was a blast! The wildest ride through American Indian country, through barren land with rubber boots and rubber tail on the prowl for American Indians contorting oneself in some full-on times with NOBODY while she waits for the white prince.

Jucy Lordan is not waiting for someone to whisk her out in a sharp-looking car, and she’s past 40 and vastly different to Lucy Jordan, she’s more than capable of sowing her chilli seeds herself and jetting off through the Polyversum universe. Reisen durch Deutschland, Teil 1 (Travelling through Germany, Part 1) is precisely just that: a short trip through crop fields in the east and west. In Tauchmetamorphing (Dive Metamorphing), Judith morphs from being thin and naked into a diving suit … ready to swim.

Now to the 2000s: Azucena, who I only know through the virtual world (we share recipes on Facebook – not for baking cakes, but for developing film!), lives in São Paulo and takes us on a bustling journey through a beautiful Brazilian sprawling giant, driven by an irregular heartbeat.

Martha, aka Cherry Kino, lives temporarily in a Finnish forest and, logically maybe, films the trees, develops her film in coffee, fixes in sea water, in biologically harmless ingredients, because she feels so safe in the forest and believes this is the way to do things. Isn’t that wonderful? Deborah looks out onto her street, every day, until she has to move out. Dorit looks at her flowers every day, checking how they are growing and humming with the bees. Dagie and Ramona beam themselves on to the wrong-coloured Venus, and marvel at cows and share love.

Up until this point, it all reads as if everything is picture perfect. Well it is, but if someone gets our back up then we let them have it, like the nasty Alien in Schraube (Screw), where three female astronauts in their small, high-tech cardboard spaceship fly around and beam themselves enthusiastically onto the surface, but unfortunately run into a paranoid, gun-crazy psychopath and pussy grabber. That’s how it has to be. Boys from the Paris suburbs play with water fountains, girls from a middleclass background fly in their colourful summer dresses like butterflies from
tree to tree, bulrush stalks bend in the wind. Through the time lapse, the sun’s rays settle on the Buddha statue in the garden. In the hammock, the camera reads along in the book. Helga and Milena are two film-makers who rigorously edit their films in the camera without adding any other sound to them. They get very close to what they are filming, and we dive in with them into the summer, into the mood, into their world. And then Erika does the Michael Jackson dance. Into a headwind. Over cars. Simply awesome. Have fun!
– Dagie Brundert

Get Up, Jucy Lordan

DE
1991
Short film
9’
More
Instagram
@frauenfilmfest
Facebook
@frauenfilmfest
This website uses cookies and similar technologies. By clicking on "Accept" you accept this processing and also the transfer of your data to third parties. Further information, including information on data processing by third parties, can be found in the settings as well as in our privacy policy. You can adjust the use of cookies at any time via your cookie settings or reject it.