»You ain’t gonna be able to see no shit like this in L.A. man.«
Lashay T. Warren in Victoria

California City, a phantom-like planned city in the middle of the desert, is where a young family relocated from Los Angeles are set for a new start. At the centre is Lashay T. Warren, a modern-day pioneer with a smartphone who, against all odds, conjures magic and meaning out of this absurd location.

Once envisioned as a glittering metropolis in the desert, not much remains of the megalomaniac dreams of an investor back in the 1950s. Empty streets, wide sandy tracks and sprawling weeds define the image of a disconnected outskirt with little to offer its inhabitants. Lashay scouts the deserted surroundings on foot, encountering turtles and tap dancers. He reflects on his earlier life in urban Los Angeles, and his life now as a family man with a precarious job and the hope of at last completing his school education. While his memories of Los Angeles threaten to fade further and further away, despite his virtual nostalgia trips back, Lashay records his discoveries and encounters in his new home through his smartphone and diary. His virtual remembering via Google Maps merges into the visual and linguistic appropriation of the new place. Lashay sets his mind »to make my own road, walk my own way«, and comes up with a new name for California City during one long walk: Victoria.

The film mixes documentary images by the three film-makers alongside Lashay’s mobile phone videos, Google Maps and diary-like voiceover, his wanderings and pausing to taking stock. A portrait gradually emerges of a failed urban vision that offers precious little in the way of orientation, and of a protagonist who, against all odds, makes this city his own.

In collaboration with Insert Female Artist. 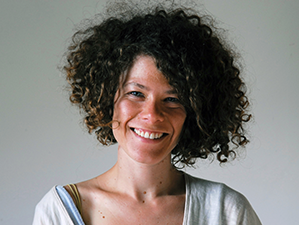 Sofie Benoot studied audiovisual arts specialising in documentary film at LUCA School of Arts in Brussels. In her shorts as well as her feature films, she explores new ways of directing and playfully mix fictional and documentary elements. Her films have been shown at festivals worldwide. She lives and works in Brussels. 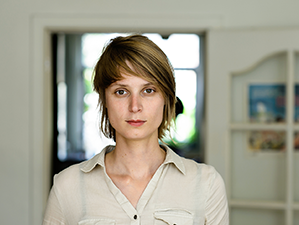 Liesbeth De Ceulaer studied audiovisual arts specialising in documentary film at LUCA School of Arts in Brussels. In her shorts as well as her feature films, she explores new ways of directing and playfully mix fictional and documentary elements. Her films have been shown at festivals worldwide. She lives and works in Brussels. 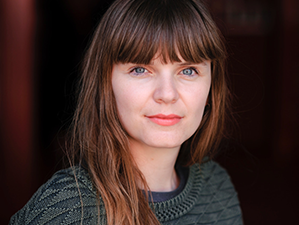 Isabelle Tollenaere studied audiovisual arts specialising in documentary film at LUCA School of Arts in Brussels. In her shorts as well as her feature films, she explores new ways of directing and playfully mix fictional and documentary elements. Her films have been shown at festivals worldwide. She lives and works in Brussels.

Glory to the Queen