It is Christmas in Dresden, 1990. The steady camera movements reveal the dark brown walls whose apparent fragility seems to hint that they might soon succumb to the weight of history. The city on the Elbe in the cold, snowy winter right after the Berlin Wall came down forms the backdrop for the German reunification story. It’s an elaborate family saga about lifelong lies, betrayal, love, and dreams played out in the context of the ever-present theme in Stöckl’s work: the question of the ability or inability to put up resistance, often expressed solely in people’s heads.

Nothing is simple in this film, especially not its characters. After 40 years in West Germany, Ilse’s sister Katharina returns to her native Dresden to meet up again with her old flame, Alf. She’s hard-working and tough, self-sacrificing and nevertheless unfair. Katharina’s brother Rudolf accompanies her and looks after his nephew Karl, who is in a wheelchair, and whose daughter Sophie, who grew up in Cologne, just can’t connect with Alf’s grandchildren, raised in the GDR. Alf’s dream of a just socialist system has long since faded away. But what’s going to become of the love that Katharina still feels for him after all these years – even though he only ever had eyes for her sister Ilse? Ilse, the symbol of freedom and resistance, who only exists in other people’s dreams and memories, and who – if she is to be embodied in Ula Stöckl’s idiosyncratic film by Grischa Huber – we see as at times thoughtful, other times laughing, and who always sings the slightly different, old song »Lied der Deutschen«, Germany’s national anthem. 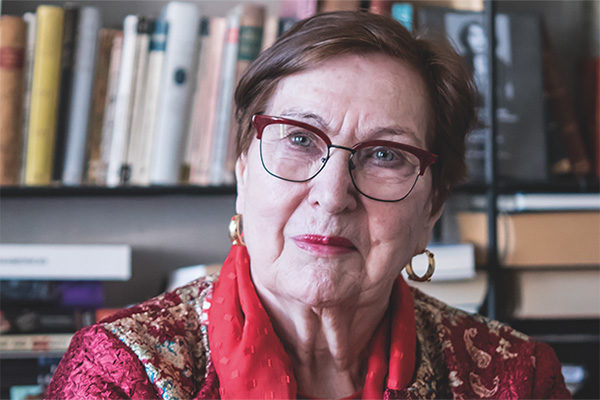 Ula Stöckl is a director, screenwriter, film producer, and professor at the University of Central Florida (UCF), Orlando. Her body of work includes 27 short films, documentaries, and feature films. She was a long-time member of the selection committees for the Berlin and Venice International Film Festivals and the Sceaux International Women’s Film Festival (later transferred to Créteil). In 1999 she was awarded the Konrad Wolf Prize by the Academy of Arts in Berlin for her life’s work. The Old Song premiered at the International Forum of Young Cinema at the Berlinale in 1992. In the same year, alongside numerous international festivals, it was shown at the Feminale in Cologne, which together with the Dortmund festival femme totale is deemed the predecessor of today’s IFFF Dortmund+Köln.