Finding Sally is the awe-inspiring culmination of the director’s quest to piece together fragments of a diasporan trail. Dawit grew up in Canada, the granddaughter of a high-ranking diplomat and protégé to Ethiopia’s last monarch Haile Selassie. The void between the director and her family in Addis Ababa, maintained by the only rare contact to her now deceased Ethiopian father, leads to a deep longing in Dawit for her East African roots. The entanglement of desire and creation of knowledge that is so characteristic of diasporic art also informs this documentary.

During a visit to her grandmother in Addis Ababa, Dawit sees a black-and-white photograph of a young woman. On asking about her, Dawit learns that the woman is her aunt Sally, an active member of the resistance movement against the Red Terror in the 1970s, and who eventually died after going underground. Dawit starts asking questions, with a directness and tenacity that only a family member on the outside could be allowed, and which finally lead her to Sally’s grave. The film’s structure sees interviews, archive material and documentary footage filmed by Dawit, whose voice-over guides the viewer through the film. Her story about a female member of the Ethiopian underground resistance is unusual given that the revolution is traditionally told from a male perspective — if at all. The blending of socio-political themes and personal family trauma also leads to a story that develops out of a female temporality that persists and grows in a circular pattern. Thus, ›Finding Sally‹ also becomes ›Finding Tamara‹.

IFFF Dortmund+Köln presents the winner of the Adiaha Award 2020 in collaboration with the Ladima Foundation.

The Adiaha Award for best documentary film directed by an African woman, worth $2,000 to the winner, has been presented by the Ladima Foundation since 2017. »Adiaha« means »first-born daughter« in Ibibio, a minority language in Nigeria; winners of the award acquire role model status for the women filmmakers scene bursting forth on the African continent. At the 2020 Encounters International South African Documentary Film Festival, the jury presented the award to Tamara Dawit. 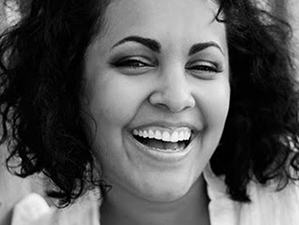 Tamara Dawit is a producer and director, born in 1980 in Canada. She splits her time between Toronto and Addis Ababa. Dawit work encompasses television series and documentary films, and she is actively committed to supporting Ethiopian films and music. She founded the production company Gobez Media, which specialises in Ethiopian film and music. She produced films including Girls of Latitude (2008) and directed the short film Grandma Knows Best (2014). Finding Sally, which premièred at the 2020 Hot Docs film festival in Toronto, is her début feature documentary. The film was nominated for Best Documentary Film at the 2020 Durban International Film Festival.