Home Fest 2021 Timetable Far From You I Grew

»He was happy on his isle of Ithaca. His sandals knew every path. He could walk with his eyes closed. Ulysses felt boundless love for his homeland.«
From Homer’s Odyssey, quoted by Nicolas in Far From You I Grew

»Journey well throughout your life«, little Nicolas is told at his baptism. Shortly afterwards, his first journey begins – to a children’s home. 13 years later, he’s walking through the woods around Schirmeck in Alsace with his friend Saef, building hideouts and reading from Homer’s Odyssey. Their wanderings and desire to return home connects the two teenagers to the epic Greek tale. Saef fled Tunisia alone by boat. Nicolas has spent his life up to now in a children’s care home, separated from his family. Brief visits to his mother Sabrina, his sisters and stepfather paint a portrait of loving interaction in precarious circumstances. But once Nicolas is able to return to his mother, he struggles. In his family, returning home and running away seem inextricably linked.

Richard Linklater’s Boyhood meets Greek mythology in this full-length documentary about a Yenish family from eastern France whose life has for generations been defined by homelessness and fleeing one place for another. »I’m not the first loser from Schirmeck in my family«, says Nicolas, referencing his forebears. So how do you break free from a family narrative of failure? In a purely observational style, Marie Dumora highlights the socio-economic reality of the Yenish people, not recognised as a national minority in a single EU country. Its presence readily accepted by the family, her camera exposes, without overtly parading, the consequences of poverty and exclusion. 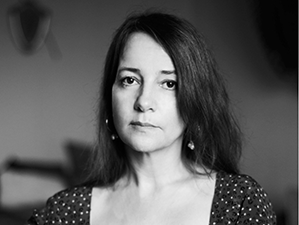 French documentary film director Marie Dumora shoots all her films in the same area in eastern France, within a radius of just a few kilometres. This sees her create a cinematic terrain where one film leads on to the next. Her works have been shown at numerous festivals and won various awards.

Ain’t No Time for Women