»I wanted to explore the epoch, approaching it with distance from the present moment and with a desire to comprehend where it all went irreversibly wrong with the country we were born in, Yugoslavia.« – Milica Tomović

1993, Yugoslavia is history and Serbia a country at war. Sanctions and hyperinflation determine everyday life. After years of political conflict, the people have grown older, poorer and more cynical. They have learned to expect the worst and make the best of it.

In a Belgrade suburb, Marijana and her nameless husband are busy preparing a fancy-dress party for their daughter Minja’s eighth birthday. The living room is full of Ninja Turtles, the cake has been baked with margarine instead of butter, and with no money for the coveted Cocker Spaniel, a three-legged mongrel is borrowed from a neighbour. At the adults’ parallel celebration in the kitchen, there’s a lot of smoking and drinking, flirting and some heated political discussions. An ex shows up with her new girlfriend, and Marijana slips out into the night in search of adventure. The suspenseful chamber play spirals during the course of a day and a night. The story’s humour is characterised by interruptions, entrances and exits, peeks through cracks in the door and power cuts.

Millennial Milica Tomović, who grew up during the unstable 1990s herself, presents the microcosm of an extended family. It is an entertaining and haunting picture of Serbian society following the collapse of Yugoslavia. 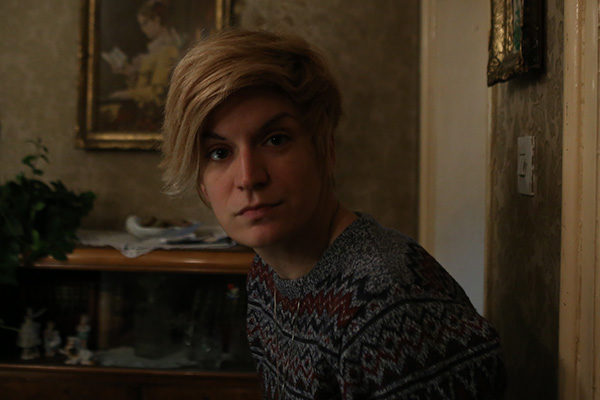 Milica Tomović, born in 1986 in the Socialist Federal Republic of Yugoslavia, graduated from the Faculty of Dramatic Arts in Belgrade in 2011 with the omnibus film October, which she produced with fellow students. The film was screened at festivals in Cottbus, Trieste, and Sofia, among others. In 2016, her short film Transition celebrated its international premiere in Locarno in the Pardi di domani section and was then shown in Toronto (Short Cuts). Numerous awards followed, including the Heart of Sarajevo Best Short Film Award at the Sarajevo Film Festival and the Best Director Award at the International Short Film Festival of Cyprus. In 2018, she shot five episodes of the hit Serbian television series Morning Changes Everything.