Student Freda lives with her family in a popular but poor neighbourhood of Port-au-Prince. Her mother Jeanette supports herself and her three almost-adult children by running a small shop. Faced with precarious living conditions and increasing violence, almost everyone struggles with the dilemma of whether to stay in Haiti or to leave. While Jeanette finds comfort in her faith and tries to help her son leave the country, her pragmatic daughter Esther sees marriage to a corrupt politician as a promising path to advancement. Freda, on the other hand, wants to believe in the future of her country, even though boyfriend Yeshua has already fled to the safer Santo Domingo.

This energetic, unsentimental drama depicts the lives of women in patriarchal Haiti, a society defined by economic decline, social and political struggles and colourism*. Gessica Généus sets her story in 2018 against the backdrop of violent protests against President Jovenel Moïse, under whose leadership huge sums of public money disappeared in connection with the Petrocaribe oil deal with Venezuela.

*Unequal treatment of people based on their skin tone, favoring those with lighter skin tones and discriminating against those with darker skin tones. Colourism is based on racist thought patterns and occurs both within an ethnic group and interethnically. 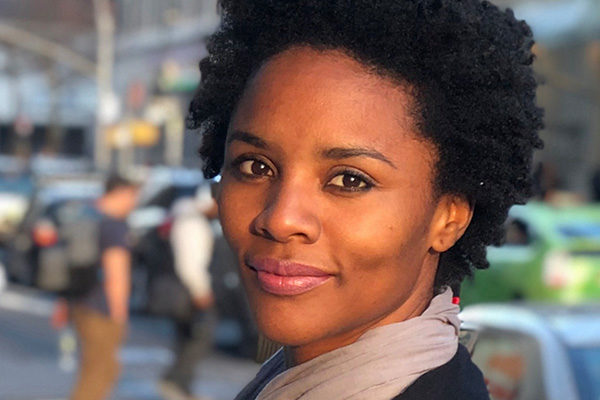 Born in 1985, Gessica Généus is an actor, singer and director from Haiti. She began her career when she was 17 years old. After the earthquake in 2010, she became actively involved in the reconstruction of her country and started working for the United Nations. She then won a scholarship to study at Acting International in Paris. She returned to Haiti and set up her own company, Ayizian Productions. Between 2014 and 2016, she directed Vizaj Nou, a series of short portraits of major figures from contemporary Haitian society. Her 2017 documentary film The Day Will Dawn about voodooism in Haiti earned several awards.