Shortly before her wedding, Jeanne heads for Romania to celebrate her hen party with some friends. When their car is stolen, 17-year-old Nino and his family offer to help. They’re members of the Romani community, and, like Jeanne, spend most of the year in Paris – though under completely different social and economic conditions. They’re taking a break from the discrimination and pressures of their jobs there. Because of the lack of alternatives, the young women spend a few days with the family. Initially arrogant and mistrustful, the friends gradually get to know the family better, and as Jeanne and Nino steal moments alone, young love starts to blossom. An asymmetric relationship with an uncertain outcome.

In her directorial debut, Noémie Merlant, one of France’s great acting stars, demonstrates a real flair for leading an ensemble of actors. She wrote the script with co-star Gimi Covaci and shot the film on a low budget in Romania. Friends of Merlant and members of Covaci’s family play characters in the film. Merlant and Covaci want to achieve a lot – not just a counter-narrative to stereotypical minority narratives, but also a heterosexual »amour fou« among equals, one that subverts traditional representations of the body and the politics of the gaze. The film is particularly powerful in scenes that are appear improvised, when Nino’s family gets emotional describing the hardships they have endured, or when the friends hang out, talk all at once and shoot each other glances. Days like a never-ending summer, beautifully captured by cinematographer Evgenia Alexandrova in the natural light of the landscape. 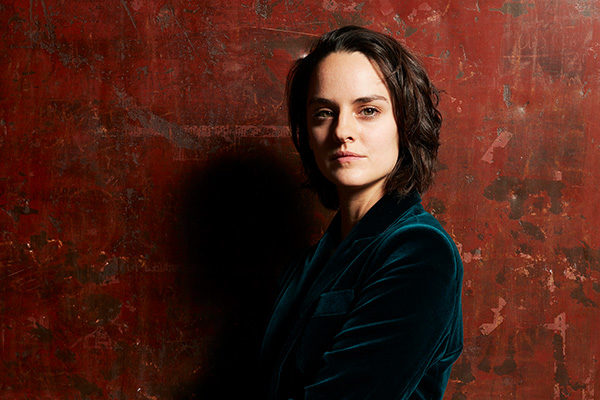 Noémie Merlant was born in Paris in 1988 and studied acting at the Cours Florent. In 2011, she made her screen debut in The Moon Child. Merlant was nominated for a César in 2017 for her role as an IS sympathiser in Heaven Will Wait. Another César nomination followed in 2020 for Portrait of a Lady on Fire, as well as the Prix Lumières award for Best Actress. The short film comedy Je suis #unebiche was her directorial debut in 2017. Her second short film as director was the 2019 Shakira, which she also wrote, collaborating for the first time with Gimi Covaci.