At the age of 48, Canela comes out as a trans woman. She overcomes the challenges of everyday life and consults friends and family about her concerns. The film documents her daily routine and encounters in the Argentinian city, which the portrait captures in feature film-like images and scenes. It is an observational film that shows the protagonist in different situations, maintaining a distance despite its intimacy. Reflecting on her film, the director talks about a book she read on sculpture that claimed what we look at looks back at us. There is a responsibility to look at things. For her film, she hopes viewers will also listen to what the film has to say and not be influenced by preconceived notions. The film’s main character talks a lot and shares her thoughts with others. In the conversations, in her exchanges with a therapist, with a friend, with the children and her students, there are frequent moments of change. Things occur over time but also in the course of conversations. What’s important is not saying what we already think we know and thus reinforcing this, but discovering something together. Canela is a warm-hearted film about life, fears, desires and changes that does credit to its protagonist’s name: Cinnamon. 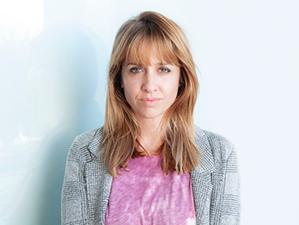 Cecilia del Valle is an Argentinian film-maker. She studied at the Universidad del Cine in Buenos Aires and lectures in film and screenwriting at the Faculty of Literature of the Universidad National de Rosario, Argentina. Del Valle studied dramaturgy with Mauricio Kartun and Ariel Barchilón. She is the director and producer of the short film Dilemas de un abandon and the collective feature film Cinco, which is made up of five stories by five different young directors.

A Letter to My Mother