»OR, MAYBE IT WAS, WHAT YOU ›DO‹,
IS THE ONLY THING THAT REALLY MATTERS.«
QUOTE FROM THE SEPARATE SYSTEM

We travel through space and time, from system to system, star to star. The complex interplay of different social systems has become an impenetrable jungle. On the other hand, change of perspective and selfreflection prove to be constructive: What we get to see is not a film about an egg, but »a film about a film about an egg,« says Katharina Lüdin of her short film about short films, coincidences and mishaps. In her animated cosmic epos, Réka Bucsi takes us on a journey through a mysterious solar system where understanding is a question of finding the right perspective. Katie Davies examines the paradoxical entanglements of military service, prison work and civil life from the perspective of imprisoned soldiers, having worked out the connections in a series of workshops with veterans. While harsh reality prevails there, other worlds are created by pure imaginative force: the Wild West, a fantasy product that has significantly shaped European views of the world. Karl May partly invented it in that most confined of spaces, in prison. Martha Colburn sets off on a journey to film a documentary about a film-maker who is making a film about Karl May. Tying together strands from her mother’s biography, Betina Kuntzsch examines a different past from a different Germany, when there was still a wall, in Chinese Checkers. Between love letters, Katzenlotto, music and time to decelerate, we visit the cosmos of a reclusive priest in the Russian provinces, whose best friend is a cat called Kis. Times passes here as though we were on another planet.
_Jessica Manstetten

Grew up in the Ruhr. Spent a year in the cinemas of Paris and discovered her love for film. Studied film, television and theatre, Romance languages & literature and social psychology at the Ruhr University in Bochum. Worked on the Ruhr University’s student-run International Video Festival, and subsequently has worked for various film festivals (incl. the International Short Film Festival Oberhausen, the Dok & Videofest Kassel) as well as a freelance curator and translator. 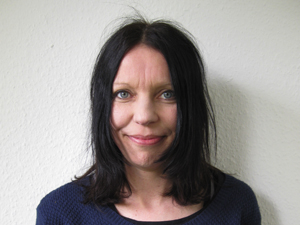 »At every IFFF Dortmund+Köln I get the chance to discover inspiring films that I would otherwise never get to see.«

A Love Letter to the One I Made Up

A lonely journey home through a fantastical underwater world. Reality and fantasy come together in a love letter written to […]

Images of firearms are widespread in Israeli society. They are just as present on the streets as mothers with buggies. […]

Arrival of the Art Curator

High up in the north of Norway, somewhere in the periphery, a curator is coming to visit. The artist who […]

49 French fries forks stuck in 49 slimy cat food cubes. Which will be the first six that Tabi the […]

A collage of associations evoked by found objects. Her own family, three different Germanys including their treacherous subchapters. Her mother […]

After getting her heart crushed, a woman writes a letter to the man she loves. Empathy (A Digital Love Letter) […]

A group of geese performs a graceful yet awkward choreography, torn between the desire to express themselves individually and to […]

Manila, Philippines. Jay wakes up from a dream about a place where he’s never been. A nightmare in which he […]

A cat is the best friend of the Orthodox priest in the Russian provinces. Two soul mates in a life […]

»I’m not Rihanna, I’m not Madonna.« Lying on a bed of flowers, M.I.A. rides on a truck through colourful landscapes […]

Taylah, a rebellious, penniless teenager, roams through Australia’s suburban wasteland. She has to find cash to pay for the morning-after […]

Two fantasy creatures enter a new universe, a still undiscovered solar system. In a wild chain of associations, they tumble […]

More
12»
Instagram
@frauenfilmfest
Facebook
@frauenfilmfest
This website uses cookies and similar technologies. By clicking on "Accept" you accept this processing and also the transfer of your data to third parties. Further information, including information on data processing by third parties, can be found in the settings as well as in our privacy policy. You can adjust the use of cookies at any time via your cookie settings or reject it.