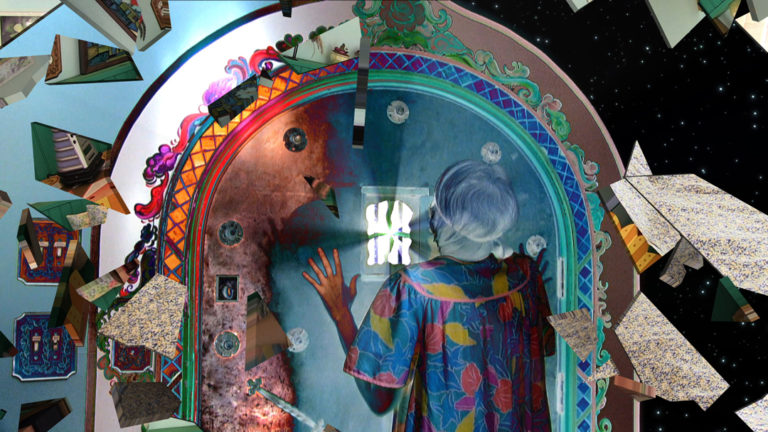 We attempt a thought experiment: everything is connected to everything else in a living network in which we are interdependent. How would it be if, in this new attitude, we did not place man as an exceptional being at the center of being, but tried to adopt a more-than-human perspective? This radical shift in perspective is about searching for non-anthropocentric perspectives and thus revising the nature film as a whole. What stories can be told about it? What might the films look like and what formal-esthetic approaches can be helpful in the encounter with the Other?

The experimental short film seems particularly appropriate, as it literally unhinges the visual axes with immediate emotional access. The often witty deconstruction of the animal film as a genre is pursued by the filmmakers with all the means of art, for example through the dramaturgically pointed search for the optimal camera angle on the animal object of desire, which is then withheld from us. What do we see when we look at others? How do others look back. Plants, humans and other animals only have a chance to survive if resources are equally distributed among all beings. Showing and practicing this equality in artistic attitude inspires filmmakers to new approaches, of which we collect some exciting examples in this program.

»Here we bid farewell and let mourning take place […] If there is an accusation, it will not be voiced.« […]

How to Civilize a Waterfall

Hanna Ljungh confronts the untameable force of nature head on in her film. Inspired by the powerful eloquence of hard […]

Electricity poles without cables in a field, filmed in grainy Super8 aesthetics. »These poles here – where are the lines, […]

»The dandelion, it flowers, is pollinated and its petals close.« In her Super 8 film, Ingeborg Tölke explains how flowers […]

Exercises in Being Close to You: A Story for the Arctic Refuge

The Arctic National Wildlife Refuge is sacred land to the indigenous First Nations community of Canada; it is also an […]

What a Wonderful World

»I see trees of green, red roses too I see them bloom, for me and you And I think to […]