»I want to make a film as fragile as the breath of a child, but charged with an ever-present latent violence. As if each character is about to implode, to break apart from the inside by dint of not giving voice to what he feels, what he has seen, the nuclear mushroom cloud, even the ineffable.«
– Marion Hänsel

In 1972, Massina, Moriaty and di Maggio volunteer to work on board a French marine vessel. It sets sail for the Pacific Mururoa Atoll, where  atomic tests are to be carried out. The three men are inexperienced, and are aware of neither the personal risks in this operation, nor of the dramatic consequences for the planet. In an environment characterised by violence and discipline, boredom, loneliness and despair, the elder Moriaty makes friends with slightly childish Massina. A relationship of silent trust unfolds between them. Marion Hänsel adapted two autobiographical short stories for the script by Hubert Mignarelli, who joined the French Navy and volunteered to be posted to the Mururoa Atoll. 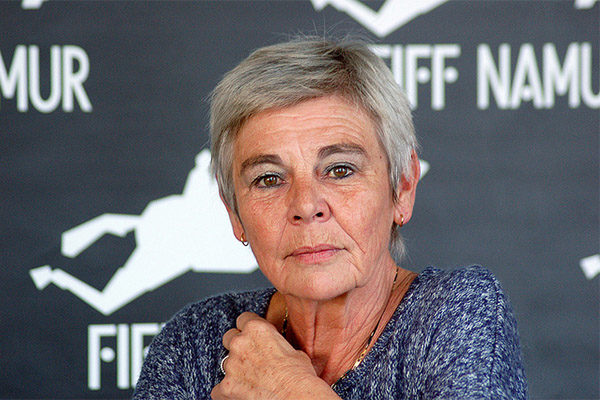 Belgian director and producer Marion Hänsel was born in Marseille, and grew up in Antwerp. After studying dramatic arts in Brussels, New York and Paris, in 1977 she set up her own production company (Man’s Films) to make her first short film. Her second feature-length film Dust was awarded the Silver Lion in Venice in 1985; The Maestro won the 1990 Audience Award in San Sebastian. Sounds of Sand has appeared at over fifty festivals worldwide and has received fifteen awards. In addition to working as a director, Hänsel has already co-produced on over thirty productions.