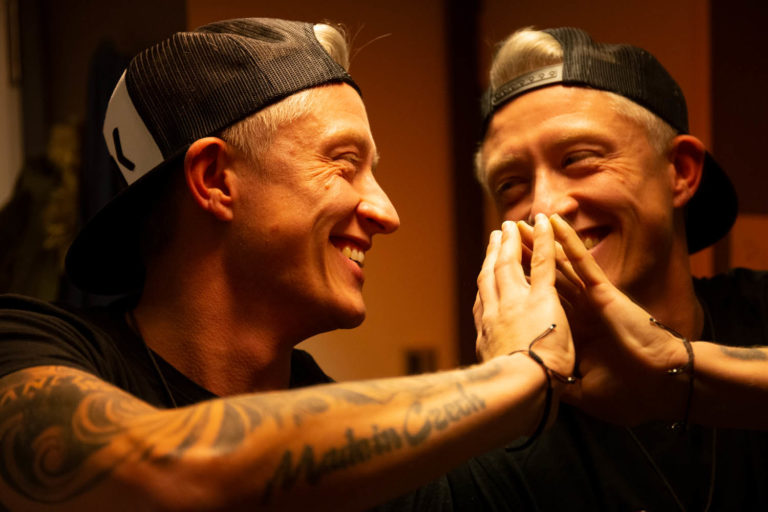 »Trans – I Got Life« Documentary preview in Dortmund on 13th September – with guests!

»Trans is not a curse or a disease, but a way.« The film Trans – I Got Life offers seldom seen, honest insights into the often torn way of life of trans people and into the complex psychological, hormonal and surgical aspects of their transition.

We are very happy to present the documentary feature with guests before the German cinema release on September 13th in Dortmund at the sweetSixteen cinema.

The directors Imogen Kimmel and Doris Metz have won the trust of seven people who have decided to go their own way. Trans – I Got Life distills the broad spectrum of trans identities from the life stories of seven charismatic people. Trans – I Got Life is a sensual journey into the intermediate worlds beyond fixed gender norms, into intimate living spaces and into surgery, which becomes the delivery room for a second birth. Subtle and multilayered, the trans experience is also transferred to the image and sound level. The feature documentary is a strong plea that we humans no longer define ourselves by the 0.3 percent of DNA that distinguishes us, but by the 99.7 percent that unites us. At the same time, he opens the social debate about a world in which the genders are no longer written in black and white, but are understood as fluid. Trans – I Got Life affects and affects everyone who lives in this world. Welcome to the 21st century!

In cooperation with LETsDOK Documentary Film Festival of the AG Dok.