Salem and Halima have heard nothing from their son for nine months. Ahmed, who earned a living smuggling petrol like many people in the region, left for Italy nine months ago. There are conflicting stories about his whereabouts.
The ubiquitous depiction of illegal migration across the Mediterranean has been dominated for years by just a few motifs: young men on boats, detention centers on Lampedusa and Lesbos. Sarra Abidi contrasts these images with a view of the people who are left behind, their struggle to survive in harsh economic conditions in an unstable political environment, constant concern about loved ones who have embarked on the journey to Europe in search of a better future.
»I felt the strong need to write this story, to make this film, inspired by the region around Gabés, by the experiences of young Tunisian men since 2011 [the start of the Arab Spring], their determination to leave the country by whatever means. But I also wanted to refer to the phenomenon of petrol smuggling, which has increased significantly in the country since the events of 2011. And, of course, include these pictures of the parents, especially the mothers agonised by the loss of their sons.
All these events influenced me. But I also had this personal vision, a cineastic view spurred by the landscape of my homeland, a very beautiful, very harsh landscape.«
– Sarra Abidi 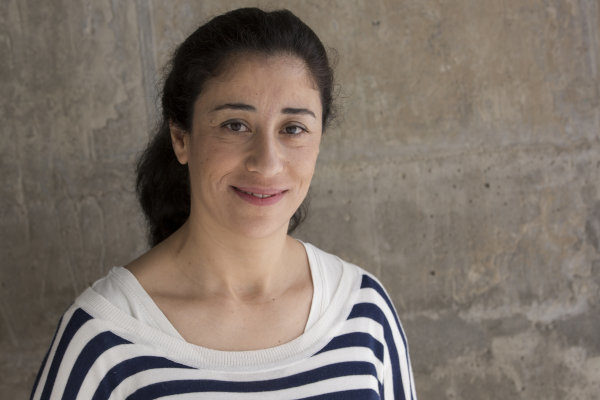 Sarra Abidi is a Tunisian film-maker. She studied graphic design at the Higher Institute of Fine Arts in Tunis, then continued her training with a master’s degree in documentary film in Montreal. She is currently enrolled at the Institut Supérieur des Arts (INSAS) in Belgium on another master’s programme in film editing. The inspiration for her first feature fiction film Benzine came while working on a full-length documentary entitled Chatt Essalem: the Dead Cannot Vote, which is set in the same landscape and is currently in the final phase of post-production.