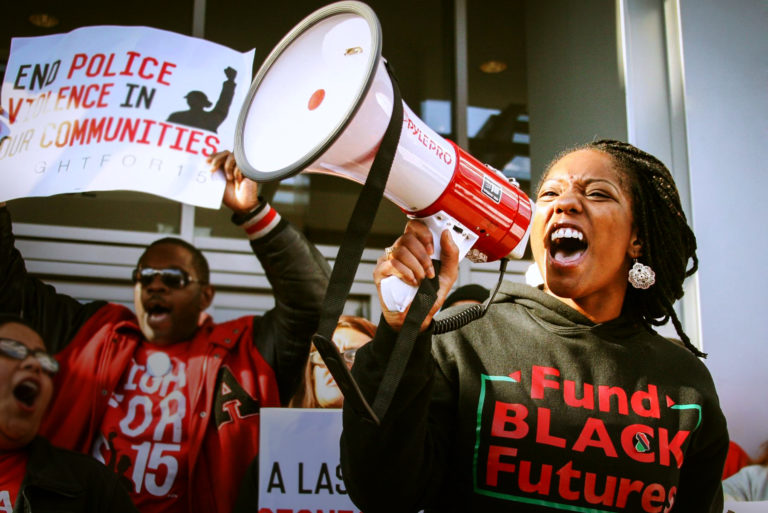 Do you enjoy the cinema as much as we do? At the wonderful Kölner Kino Nächten (Cologne Cinema Nights) we are showing the strong, rousing and politically important US documentary Unapologetic by Ashley O’Shay. The documentary film about the Black Lives Matter movement in Chicago and its young queer feminist leaders was popular in our section desired! – film lust and queer last June.

The director accompanies Janaé Bonsu and Bella BAHHS, who work in Chicago to educate and justify the deaths of Rekia Boyd and Laquan McDonald. The two black youths were each killed by the police. As part of the #BlackLivesMatter movement, the protagonists fight against state violence. The film shows them at work in activist groups, in hearings, at university. They organize queer feminist groups and different forms of protest. Janaé Bonsu is working on her PHD thesis in the field of social work at the age of 24 and has come to Chicago for this. 22-year-old Bella BAHHS is known through a video of her spoken word performance in Resistance to Violence and has become an important person in Chicago’s BLM movement. The film is a portrait of the city’s protests and shows the impressive political skills of the two protagonists. #rekiaboyd #SayHerName #LaquanMcDonald