Seahorse – The Dad Who Gave Birth

Seahorse – The Dad Who Gave Birth

Seahorse is a documentary about manhood, the body and childbirth. What is it like for a transgender man to carry his own child? Freddy is confronted with his own and other people’s ideas of gender stereotypes and normative concepts of the body in terms of parenthood. He makes the brave decision to face pregnancy and all its challenges. The intimate and emotionally engaging film accompanies him throughout the process. With no available role models to follow, Freddy has to invent his own identity as a gay, pregnant man. He increases his own range of experiences of manhood and thus distances himself from prevailing restrictive notions thereof. Over time, the place in which he feels safe becomes smaller and smaller. The film is left with nature and the vastness of the countryside, where he decides to live, and the close relationships to people who accompany and support him.
Seahorse is a family film that shines a spotlight on our notions of manhood, about which Jenny Livingstone declares: »You will weep!« 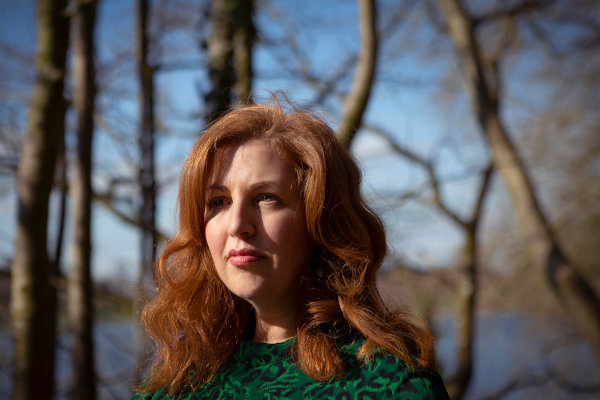 Jeanie Finlay is a British documentary film-maker. She creates awardwinning work for cinema and television, telling intimate stories to international audiences. She has made films for HBO, IFC, BBC as well as four commissions for the acclaimed BBC Storyville strand, including BIFA-nominated The Great Hip Hop Hoax and BIFA-winning Orion: The Man Who Would Be King. She set up the film production company Glimmer Films in 2008 to develop and deliver ambitious, engaging documentary works, made in the region for an international audience. Glimmer Films aim to creatively challenge the form of documentary and to celebrate untold, intimate stories.