How the Room Felt

This film centres around a group of young queer people and their everyday life in a mid-sized town in Georgia. Some of the protagonists play together in a women’s football team. They’ve grown into a self-made family, spending time together. On meeting them, the film-maker was invited into the rooms where they hang out, becoming part of their group. Evenings in the rooms go by slowly, people are smoking, drinking and debating issues. The future does linger above these shared moments, but more important is the time right now, everyone being together. It is not about a transition phase, more about preserving the closeness. While the shared space and hanging out together make the group feel safe, from time to time another reality intrudes. In the street below, for example, we hear homophobic demonstrations pass by, their sounds echoing all the way up to where our protagonists are. The film captures a feeling, allowing it to be brought into the cinema environment. As Ketevan Kapanadze herself describes it:

»For me, the film is more about experiencing something, rather than understanding it. That’s why, though there are some small stories developing, there is no particular arc of development as such. The film invites viewers to just spend some time in this atmosphere, to chill with the protagonists and to feel like a member of this self-made family.« 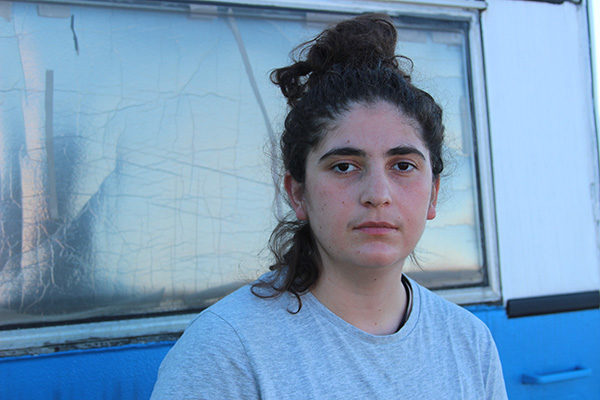 Ketevan Kapanadze was born in Tbilisi in 1997. She graduated in film from the Georgian State University of Theatre and Film in 2019. While a student, she worked in the film festival business from 2016 to 2018. She has worked in organisation and programme roles for the Tbilisi International Student Film Festival and the international documentary film festival CinéDOC Tbilisi. She was part of the 16 Women For Change project and co-founded a platform for film productions on human rights. Her second film Lala, the Car Mechanic won an award in Georgia for addressing domestic violence. How the Room Felt is her first feature-length documentary film.